How Computers Have Linked The World

It is very tricky to talk for a long time about computers without mentioning the Internet. The “web” has gone from being a small acorn a couple of decades ago to being arguably the tallest oak in any forest right now – and given the importance of the Internet in a number of fields, it does not seem likely that it will be surpassed in terms of influence any time soon.

The Internet has changed our lives. There is so much that we know, think and see today that has either been caused by the online world, or has been heavily influenced by it. When the Iranian authorities were suspected of fixing the Presidential elections of 2009, the story emerged very quickly and demonstrations were arranged using the Internet – in some cases using technical wizardry to get around the restrictions placed by the Iranian government.

That is one example, and a particularly special one at that. However, the linking of the world via the Internet has been demonstrated in many other ways, and is exemplified repeatedly every single day. Many of us will have purchased an item from overseas using eBay or another such site, in a way which was simply impossible before the Internet really grew legs.

Many of us, too, will have an interest in – for example – a sports team that plays on the other side of the world. Once upon a time, you would have needed to wait a day or two or had a contact on the other side of the world to keep you updated with the team’s performance. It is now possible to watch games live and read reports on the Internet, and be up to date immediately as a result.

Comments Off on How Computers Have Linked The World desks, hardware, software, stores 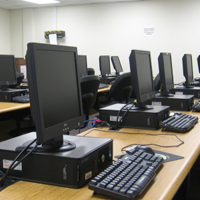 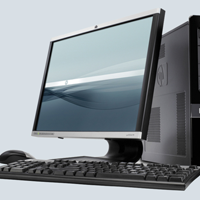 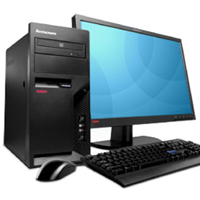